Who is Komal Pandey? Komal Pandey is a well-known fashion blogger, video producer, social media personality and a successful YouTuber with more than 800K subscribers. She has also been into modeling and acting. Her first fashion blog was “The College Couture” which she started in 2012 and also worked for POPxo. Komal comes from a Brahmin family. Her parents’ names are not known, though photos with her family often appear on social media. Her younger brother’s name is Micku.

Two of her best friends are Ankush Bahuguna and Dolly Singh. She also hangs around with friend Siddharth Batra and they call themselves as Team Pixel. She loves to be in touch with other fashion artists and leads a luxurious life.

At present, Komal is an influential lifestyle and fashion blogger and her net worth is somewhere between 8 to 41 crores. She earns money from her YouTube channel. Apart from this, she earns a hefty amount from the brands she endorses. Vivo, Maybelline, Garnier, Honor are some of the well-known brands she endorses.

In a storytelling portal called Humans of Bombay, Komal Pandey revealed how she became a target of body shaming and her struggles because of the bold decisions she took. She also insisted that this has to stop. She replied to hate comments saying that she always likes to wear makeup and that may be the reason everyone thinks she looks different now.

Komal started her YouTube channel on 27th August, 2017 and as of 2nd April, 2020 she has about 900K followers. Her YouTube channel has got more than 66 million views and her videos are mostly related to fashion and comedy.

She made a video related to her body transformation and that was really inspiring. Besides her own YouTube channel, she also featured on the YouTube channel of Beer Biceps’ and that of Malvika Sitlani’s.

Today, Komal has more than 819K followers on her Instagram account because of the stylish picture that she posts. Each and every outfit she wears during her photoshoots are trendy and fashionable and she has made headlines. She has posted many pictures with best friend Dolly Singh and one with Kusha Kapila on Instagram. 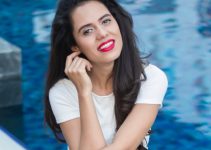 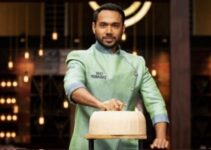 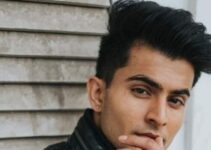